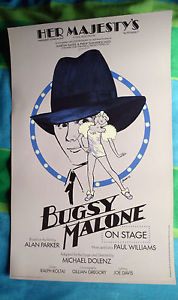 I love London’s West End, my first ever paid work was in the West End, I was part of the stage crew on the musical “Bugsy Malone” at the Her Majesty’s Theatre on the Haymarket. I was technically still at school, I would head up to the West End as soon as school finished, I had to skip games on Wednesday afternoons to cover the matinee performance. Now here I am over thirty years later writing this blog at the Salvation Army Hall on Oxford Street and I still think the West End is one of my favourites places in all the world.

Now if you work in local government then the term “West End” has a tight and precise definition, it is a local ward in the borough of Westminster covering Mayfair and Soho. But most of the World uses the term “the West End” to define a broader area defined more by the sense of life and energy that revolves around its world famous landmarks than by boundary line on a planners map. From Big Ben and Tra

falgar Square through Soho and Piccadilly Circus, up Regents Street and across to the Marble Arch and Hyde Park Corner, The West End buzzes with life 24 hours a day.

Perhaps that is why it was recently found to be the worlds most expensive place live and/or rent office space, beating even Tokyo into second place. Of course if you can afford to live here you get some of the worlds best and most famous shops, (Selfridges, Hamleys, Fortnum and Masons etc), some of the worlds best Galleries and Theatres, and your neighbours include the royal family in Buckingham Palace; and the prime minister at 10 Downing Street.

The idea of living here would for most people simply be a fiction, oh did I mention that the West End also contains the most famous fictional address in history, 221b Baker Street, the home of Sherlock Holmes.

But the idea of working here is a reality for thousand upon thousands of Londoners A 2012 report by the commercial estate agents CBRE stated that the central West End area had 86,600 businesses and the periphery had and additional 25,750 businesses. That is over 100,000 businesses connected to an area that only has 30,000 residents in the officially defined ward. In 2013 the West Commision noted that: “It has the largest and most diverse concentration of jobs to be found anywhere in the UK” .

Which is why we are trying to develop West End Wednesdays!

As a support and ministry to those who spend most of their waking hours here even if they don’t technically live here. Whatever sector, however permanent of temporary we want to create an oasis of spiritual life at the heart of the commercial reality.

We are re-starting from small beginnings, but there is a world of need and opportunity, we are not looking to detract from the work of people’s home churches but to help people connect with Jesus and their calling right in the place where most of their life is lived.

The West End is argueably the most culturally important location in Britain and if you are working here, however grand or small your job might seem to be, it is very possible that Father God has put you here. We want to help you know your calling, because who knows if you weren’t put here for such a time as this!

One thought on “Why the West End?”

Midweek worship, prayer and support for Christian's working in around the West End and Westminster

To receive invites and updates