“It’s the glory of God to Conceal a Matter and the glory of Kings is to discover it” – Solomon in Proverbs 25:2

I often hear this verse used… sometimes in relation to prophets revealing God’s purposes and plans and sometimes in relations to teachers unpacking hidden truth hidden between the lines of scripture. I’m sure these uses are both legitimate, but they are both using the proverb in a metaphorical way after all the verse is about Kings, not Prophets or Priests. If we only read these words as a metaphore we miss the profound truth hidden in its plain meaning.

It is Kings that see and release the value in stuff and in people. That is how they become leaders in the first place. Where everyday folks saw a pile of rocks, a King noted that if you smashed them up and threw them in a fire you could get useful metals out of them. Kings grew wealth and pursued conquest by the “matter”, the stuff hidden by God in the raw materials of the Earth and understanding what it could be used for. 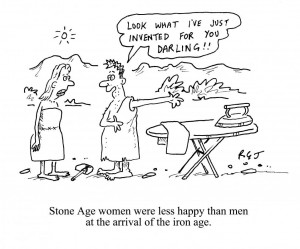 The Old Testament covers the ages we now refer to as the Stone Age, the Bronze Age and the Iron Age, (hover here for more?). Kings led their people through these ages into increased prosperity by developing the qualities hidden in the minerals lying around them. Each new idea gave the King’s people a competitive advantage.

The best King’s like David saw qualities in people too, so David received a rag-rag of the discontents, the stressed and the bankrupt, 1 Samuel 22:1-2, (as did Jesus, Luke 15:2), and within a few years the Bible is calling them “mighty men” and recounting their exploits.

Solomon, gave the quote I started this post with, we are told that he understood nature and people, 1 Kings 4:30-34, he used this understanding to build a prosperous and peaceful empire and to establish God’s covenant on the Earth through the Temple.

Of course most kings are a mixed blessing bringing security for some people while exploiting and conquering others.

But now I want to come to the point of this post… Kings are one of three anointed offices we read about in Scripture, which makes the qualities of Kingship a part of the Messiah and a quality that is released by the truth of Christ in us.

Prophets are custodians and managers of God’s words, plans and direction.

Priests are custodians of God’s presence and administers of God’s love, forgiveness and fellowship.

And Kings are custodian’s of God’s resources, organisers and releasers of wealth and people.

And so in the modern world Christ’s Kingship in us produces business and social entrepreneurs.

We the Kingly anointing as much as we need the Prophetic and Priestly anointings.  And I have a sense that in the season we coming into we are going to see Christians stepping out with their own ideas and insights, building new business or leading old businesses in new ways.  They’ll lead with anointing and by their ability to see qualities in things and people where others just see a pile of rubble.

Now there is a caveat, because a meet a lot of Christian’s who say they feel called to business and who I suspect are fooling themselves because they just want to be rich… Solomon, who was very wealthy warns us though not to become obsessive about gaining wealth or working out how to get it, because when we are motivated this way wealth becomes illusive, Proverbs 22:4-5.

Solomon’s wealth had come because he desired the wisdom that saw wealth in what was already around more that the fruit that insight would bring.

History is full of people who have benefited their societies because they have done something extraordinary with their passions multiplying their clever insights through process that lots of people can get their heads around and get involved with. And that in essence is what makes a good business.

I want to encourage you to explore what you love to do and the things you love learning about and start a dialogue with Jesus about whether these motivations could be turned into an income stream and into a product or procedure that others would benefit from.

On July 5th I’m hosting a day to explore the dynamics of how we relate healthily to money and how we prosper and create the financial freedom to be what we are called to be! Use the button below for more information and to register (for free).

I don’t claim to be an expert but at the moment I find myself helping create mini-businesses with various people in different fields, in construction, third world trade and manufacturing, in soap making, art selling, financial services, publishing, energy saving and more. There are common themes and themes and and excited by the prospect of an explosion of kingdom businesses and employers.

Ok I suppose on a Christian blog post this title sounds like an ad for a passion play… “The first Good Friday”… although as I think about that it sounds more like a film with Bob Hoskin about a London gangster who upset’s the IRA during the 1970’s troubles… but I’m getting side-tracked.

The truth is far simpler… After the summer we will be hosting First Friday breakfasts every month in the West End. An opportunity to meet and eat with other believers and/or people who are on a journey with Jesus.

If you’ve not been before… don’t worry, nobody has, we’re all in the same boat together. 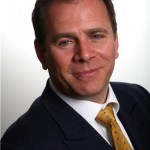 So on June 6th 2014 we will be meeting from 07:30 downstairs at Bar Remo, the closest Cafe to Oxford Circus Tube station. The cafe doesn’t normally open until 8am. So on arrival we can order breakfast … then we’ll worship together until they open the upstairs for customer. We will be the first people to be served breakfast which we’ll eat while Paul Szkiler chairman of the Truestone Group and founder of A Call to Business shares his vision to see the commercial life of our city transformed by the Gospel.

We really want you to be there! So please let us know if you are coming if you can, but just turn up and bring friends on the day if that is easier.

Check out the breakfast menu! 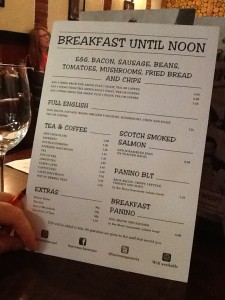 Alan divides his time between consulting into the pharmaceutical industry and working as an evangelist.

He encourages us to have confidence in the Gospel and its power and relevance in the UK.

This may not be exactly how you remember the quote, but it conveys the meaning more accurately than most word-for-word translations.

Jesus is saying that calling is not a special quality available to just a few people, it is the norm. God has a purpose which becomes a calling for every one of us, because as a Father God wants us to be the best we can be. The problem is that too many of us don’t realize we’ve have been called.

I believe that part of the reason for this is that we separate our thinking into sacred and secular … If you’re a missionary or charity worker you are probably called by God, but if you run a Costa franchise or work for the finance team of a pharmaceutical company, well that’s just where you earn the money to support those with a real calling. In this way of thinking doctors and teachers are a grey area, worthy professions so the people who do them might be called.

The trouble is this style of thinking has put the cart before the horse, before mankind needed saving, and therefore missionaries and charity workers, God had commissioned us to be fruitful and to steward the resources He had given us. The world of work was a sacred vocation,  the only thing that is purely secular is Sin!

If we change our perspective, we can see that any job or work situation has the possibility of expressing the quality of called-ness. That doesn’t mean you can be anything that you want to be, calling leads us down one path rather than another. But if we follow His leading we will find ourselves in a place where we can advance Jesus’ Kingdom. In fact the mission of God has always advanced through peoples everyday work and business.

Jesus’ day job was as a builder, not as a carpenter as tradition has led us to believe, (note: the Greek work “Tekton” is a builder as in “Archi-tekton” which is a master-builder or “architect” in English).

Being a builder infused so much of who Jesus was and still is today, building His church. You hear it in the first accusation made against Jesus, that He would pull down and rebuild the temple in three days. You catch it in his wisdom, “don’t start building a tower before you’ve calculated the cost”. And you hear it in his prophetic teaching, “my Fathers estate has many buildings and I’m going to prepare a place for you there!”

But it is interesting to also note how other people jobs and businesses opened doors for the kingdom and provided a platform or foundation for ministry too.

Jesus ate the last supper in the upper room of an estate that also owned a working olive oil business. Gethsamane means oil-press. The early Church tell us the last supper was eaten at the home of John Mark the Gospel writer, and it tells us that he was the lad who ran away naked from the soldiers when Jesus was arrested. John Mark was no doubt sleeping out in the outbuildings of the families Olive Oil business as so many adults where in town for the passover!

John the disciple also had property in Jerusalem which tradition ties to his business activity selling the fish that had been brought down from Galilee. This base and the related commercial activity meant that John new the staff at the nearby Priest’s palatial complex and this got him access to Jesus trial in the High Priests mansion. John’s house also acted as a gathering place for Jesus’ family in the days immediately after Jesus trial and execution.

Paul the apostle used his trade as a leather worker  to fund his missionary work, (“tent maker” is a term used for more general leather working just as “saddler” is is English). But it was about more than just money, the tools he used for his work actually became a part of his missionary outreach. So people would take the aprons and sweat clothes Paul was using during the day to people who needed healing. There was no conflict of interest between Paul’s natural gifts and vocation and his missionary task.

In planting the church at Ephesus Paul used the school of Tyrannus as their public building. The school would have been a private lecture hall used for a variety of purposes, most Greek cities had these halls, often attached to Gymnasium’s. So Tyrannus’ business assets became the means by which the Ephesian church was established..

Right the way through the New Testament the kingdom grows and spread through the resources of business owners and trades people. Lydia traded in purple fabrics, Luke probably traveled as a ships doctor etc.

And so it is through history… God want’s to bless the work of our hands. We can display the quality of called-ness whatever the details of daytime employment. In fact we might not be able to show that quality in any other way.

Midweek worship, prayer and support for Christian's working in around the West End and Westminster

To receive invites and updates